Stow-on-the-Wold, originally called Stow St. Edward or Edwardstow after the town’s patron saint Edward, probably Edward the Martyr, is said to have originated as an Iron Age fort on this defensive position on a hill. Indeed, there are many sites of similar forts in the area, and Stone Age and Bronze Age burial mounds are common throughout the area. It is likely thatMaugersbury was the primary settlement of the parish before Stow was built as a marketplace on the hilltop nearer to the crossroads, to take advantage of passing trade. Originally the small settlement was controlled by abbots from the localabbey, and when the first weekly market was set up in 1107 by Henry I, he decreed that the proceeds go to Evesham Abbey.[2]

The town is part of ‘Beacon-Stow’ electoral ward. This ward stretches east and northeast from Stow to Bledington and Evenlode. The total ward population at the 2011 census was 3,365.

In 1330, Edward III set up an annual 7-day market to be held in August. In 1476, Edward IV replaced that with two 5-day fairs, two days before and two days after the feast of St Philip and St James in May, and similarly in October on the feast ofSt Edward the Confessor (the saint associated with the town). The aim of these annual charter fairs was to establish Stow as a place to trade, and to remedy the unpredictable passing trade. These fairs were located in the square, which is still the town centre.

As the fairs grew in fame and importance the town grew more prosperous. Traders who once only dealt in livestock, now dealt in many handmade goods, and the wool trade always stayed a large part of the trade[citation needed] Reportedly, 20,000 sheep changed hands at one 19th century fair. Many alleyways known as “tures” run between the buildings of Stow into the market square; these once were used in the herding of sheep into the square to be sold. 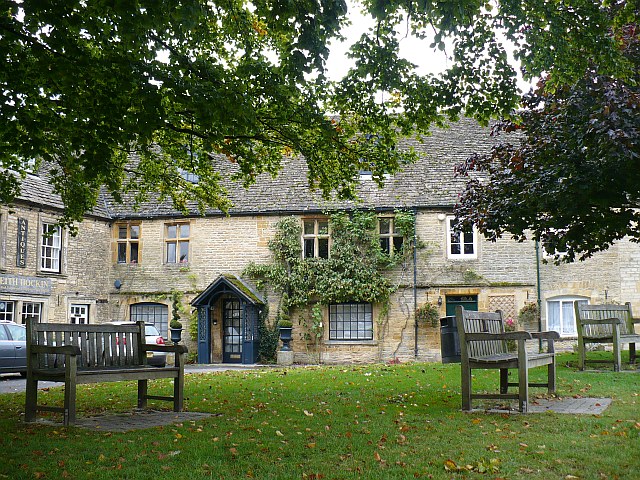 As the wool trade declined, people began to trade in horses, and these would be sold at every fair. This practice still continues today, although the fair has been moved from the Square, and is currently held in the large field towards the village of Maugersbury every May and October. It is still a very popular fair, with the roads around Stow being blocked for many hours on the day.

There has been controversy surrounding Stow Fair. The large number of visitors and traders has attracted more vendors not dealing in horses. In the past local businesses used to profit from the increased custom but in recent years most pubs and shops close for 2 or 3 miles around due to the threat of theft or vandalism.[5]

Stow played a role in the English Civil War. A number of fights took place around the area, the local church of St. Edward being damaged in one such skirmish. On 21 March 1646, the Royalists, commanded by Sir Jacob Astley, were defeated at the Battle of Stow-on-the-Wold, with hundreds of prisoners being confined for some time in St. Edwards.

This article uses material from the Wikipedia article Stow on the Wold, which is released under the Creative Commons Attribution-Share-Alike License 3.0.